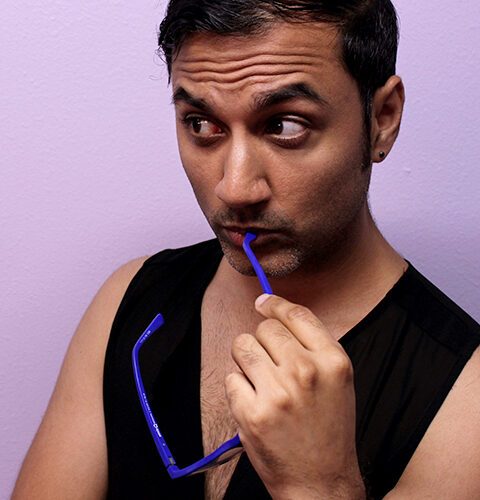 One of the missions of Peacock Rebellion is to provide an opportunity for queer and trans people of color to increase their visibility in the Bay Area, and more largely across the United States. The Peacock Rebellion space is located on 23rd Avenue in Oakland, which they were able to obtain from a friend’s mother, who is a tenants’ rights advocate. They also advocated to change the City of Oakland’s Cultural Plan, which did not include any planning towards equity. They organized people to contact the City of Oakland in an effort to change the plan to be inclusive of crucial changes towards community equity.

Peacock attended Catholic school in a small town in Pennsylvania in the early years of his life. He attended art school at Goddard, and he eventually dropped out after the realization that he was spending more of his time doing community organizing rather than pursuing his education. Peacock then launched Peacock Rebellion and created a performance space for artists as well as the comedy group Brouhaha.

Peacock launched his work in social justice at the age of 12 when he created a documentary on the KKK. Living in a small, religious town where the KKK was, as he describes it, the “main extracurricular activity,” Peacock used comedy as a coping mechanism, and, as he describes it, it still is his main practice for “trauma release.”

Peacock spends most of his time in the San Antonio neighborhood in Oakland, where they started artists’ housing and affordable housing units for queer and trans people of color. Peacock Rebellion advocates for queer and trans people of color to uplift themselves and provides a support network to create art and comedy to inspire others. The space was made possible by a landlord who is an advocate for tenants’ rights and affordable housing. Peacock also advocates for the importance of femme leadership. Peacock found a community in need of support and was able to attain the housing to fulfill its vision to support queer and trans people in Oakland. They continue to do community organizing in their efforts to change the City of Oakland’s Cultural Plan. The affordable housing units help many trans and queer people of color artists to be able to remain in Oakland, which is getting increasingly expensive to live in because of gentrification.