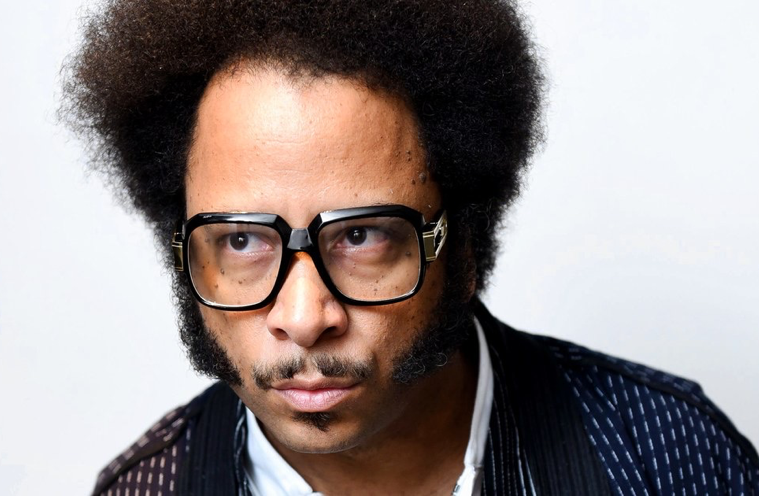 “Boots” Riley was born on April 1, 1971 in Chicago, IL. Boots Riley is a rapper, screenwriter, filmmaker, director, and activist. He is currently most known for his directorial debut film Sorry to Bother You, which takes place in Oakland, California.

He moved to Oakland with his family when he was six. It was in Oakland where his social and political consciousness began to take shape. In 1991, he founded a political hip-hop group called the Coup, and consequently for years participated in a collective and a series of movements that catered to awareness of the history of US capitalism and the disenfranchisement of its own citizens, primarily of neighborhoods of color. He is specifically connected with the Occupy Wall Street movement and various labor movements.

In an interview titled “A Ride Through Oakland With Boots Riley,” Riley situates defying capitalism as coming from a need to change the world but says “that doesn’t come from just not participating in it.” He also says that “the artists,” “the academics,” and “the executives” do the “brain work,” and “everyone else does the grunt work.” The most revelatory part of this short video clip is the imagery of neighborhoods in East Oakland where black people are waiting for the bus, black children are running outside of gates, and a black woman is pushing a stroller. These images become synonymous with what he labels as “the streets,” and he continues to describe how it is necessary to use economic power (money) to shut down industries to bring about change. It is apparent from the conversation with Riley, the imagery of his car as he rides through East Oakland, and his ruminations on capitalism, art, and politics that Oakland is the initial hub of his concentration and meditation.

He has been associated with the Oakland Ensemble Theatre, which was run by his grandmother, El Teatro Campesino, the International Committee Against Racism, which he joined at 14, and the Progressive Labor Party, which he joined at 15. He studied film at San Francisco State University. Launches include the Coup (1991), Street Sweeper Social Club (2006), and more recently, Sorry to Bother You (2018).

“A Ride Through Oakland With Boots Riley.” https://portside.org/video/2018-08-17/ride-through-oakland-boots-riley.

“In conversation with Boots Riley, Director of ‘Sorry [t]o Bother You’.” YouTube, uploaded by The Creator Class, 16 July 2018, https://www.youtube.com/watch?v=p3BJ9NfKynY.