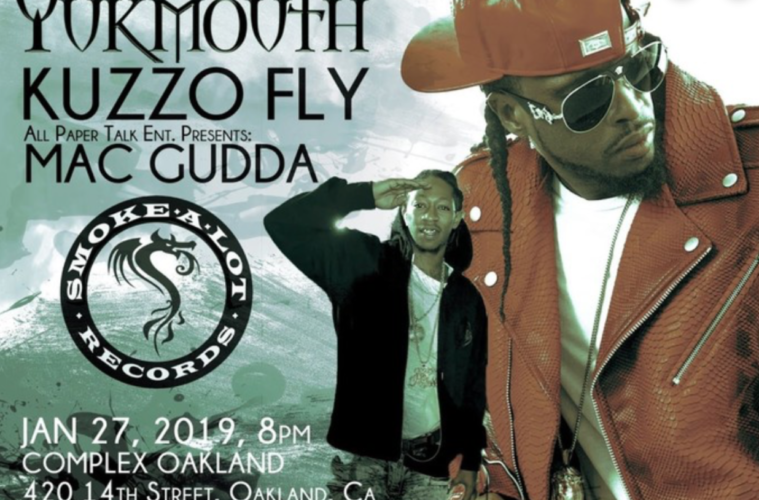 Jerold Dwight Ellis III, a.k.a. Yukmouth, was born on October 18, 1974 in Oakland, CA. Yukmouth is an American Grammy-nominated rapper, documentarian, and founder of Smoke-A-Lot Records and Godzilla Entertainment. He is half of the hip-hop group Luniz.

Yukmouth had lived in Oakland since birth and currently resides in North Hollywood. He is from East Oakland’s 65th Village.

He went to Westlake Middle School and Oakland Technical High School. He is a graduate from the School of Hard Knocks. He was in and out of jail and realized that he needed to wise up before imprisonment was his only life story.

In an interview Yukmouth said that his launch of art was drawing. He was a cartoonist and would draw for a Luniz member. He made his first certified platinum single “I Got 5 On It” along with Numskull. Yukmouth signed a solo record deal with Rap-A-Lot Records, releasing four albums. November 1998’s Thugged Out: The Albulation sold more than 500,000 units (“About Yukmouth”). On his first solo album Thugged Out: The Albulation he talks about topics such as the crack epidemic being created to destroy the Black Panthers, being harassed by federal agents, and being blessed with a son. He has created documentaries such as the United Ghettos of America series. His collaborations include Too Short, C-Bo, Dru Down, and Tech N9ne.