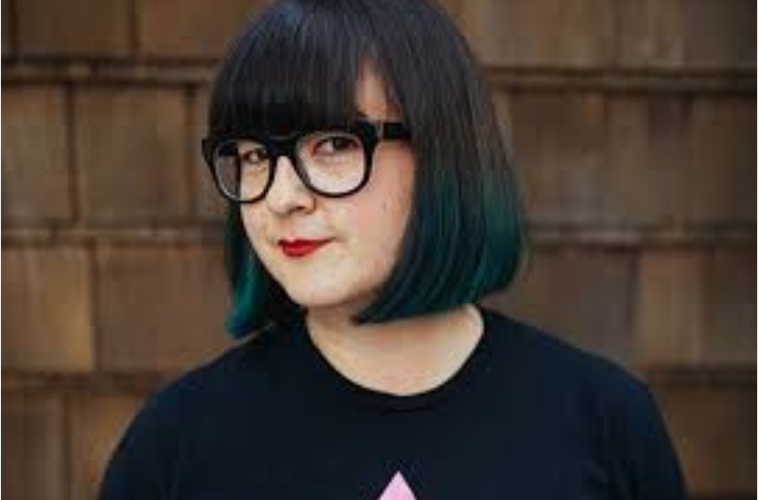 Mariko Tamaki was born in Toronto, Ontario in 1975. She is an LGBTQ activist, artist, and writer best known for her graphic novels Skim and This One Summer, which are, respectively, about Toronto Catholic school girls in the ‘90s and two preteen friends coming-of-age in a small town. She also writes fiction and nonfiction prose and has written for BOOM! Studios, Marvel, and D.C. Comics.

Tamaki moved to the San Francisco Bay in 2012, after having grown up in Ontario. According to her blog, she soon called into question things such as her idea of reasonable rent, her expectations of avocados, and her understanding of weather in January. After moving in 2012, she wasn’t sure at first if she would make the Bay Area a home. She commented that San Francisco is a lovely place, and she currently lives in Oakland, California.

Tamaki attended Havergal College, an all-girls school in Toronto. She studied English Language and Literature at McGill University, earning her BA in 1998. Tamaki earned an MA in Women’s Studies from York University and worked for two years on a PhD in Linguistic Anthropology at the University of Toronto leaving the PhD program in 2008.

Mariko is a writer and her cousin, Jillian Tamaki, is an illustrator. Jillian and Mariko influenced each other’s creativity growing up and have the same familial sense of humor. Mariko Tamaki was inspired by Douglas Coupland’s Generation X and says that it “was the book that first made me think it would be possible to write, because it was the first book that felt like it was a voice I recognized, which made me think that writing a book was something I could do in ‘my’ voice.”

Tamaki has attended the Queers & Comics Conference at the CUNY Graduate Center, The Toronto Comic Arts Festival, and the Annual Conference & Exhibition in San Francisco, to name a few. She also has a strong local presence and gives readings at the Main Children’s Center of the San Francisco Public Library as well as numerous other venues throughout the Bay such as the Berkeley Public Library and Book Passage.