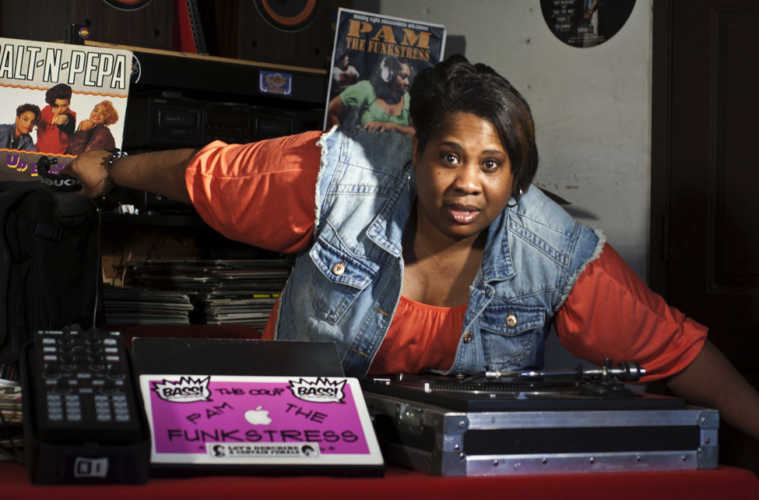 Warren was a DJ, most notably for the Oakland political hip-hop group The Coup. She was known for her liveliness when “scratching” beats, her push to include more women in hip-hop, and her outstanding personality. She also had a unique, original move called the Titty Scratch.

Warren was first drawn to Oakland after meeting “Boots” Riley in 1993 and becoming part of The Coup. Part of her appeal came from being one of the very few female DJs, and also from supporting the community by speaking out against police brutality and capitalism. As she quickly became a beloved musical figure in Oakland, she made a career out of her DJing skills. Her fame earned her the attention of other popular Bay Area groups for whom she would also DJ. She stayed in the area for over two decades until her death in 2017.

Warren attended Burlingame High School, where she honed her focus on her two passions: music and culinary arts. While working at her family’s business, Piccadilly Deli & Catering, Warren earned a degree in Broadcast Communications from Columbus Broadcasting School. Later in her career, Warren was spotted by Prince and was invited to join him for what would be his final tour, which was the opportunity that earned her the nickname “Purple Pam.”

Warren’s introduction to hip-hop was through her best friend Donna’s group, Imperial Sounds, in 1988. When Donna’s boyfriend wanted to teach someone how to DJ and Donna didn’t want to learn, Warren then volunteered to learn. She fell in love with DJing instantly and was inspired by the female hip-hop group Salt-N-Pepa to become a member of Female Funk, which gave her an outlet and led to her guest DJing for a number of other groups. This is how Warren met Boots Riley, who invited her to DJ for and tour with his group The Coup, which she became a permanent member of. She would go on to DJ for KBLX, a San Francisco radio station.