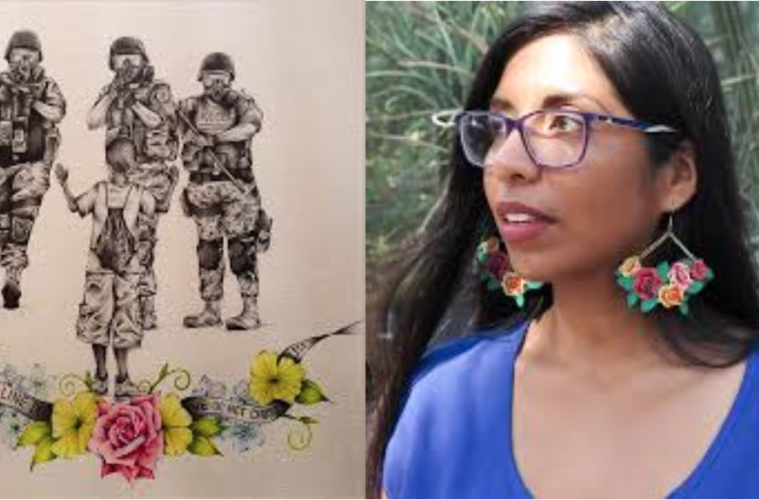 Natalia Anciso was born on March 25th, 1985 in Weslaco, Texas. She is a contemporary visual artist who focuses on her experience as a child growing up along the U.S.-Mexican borderlands as a fifth-generation Tejana. Natalia also does extensive work as an educator in the Bay Area.

Natalia’s art education is what brought her to the Fruitvale District to receive an MFA from California College of the Arts. She continued her education at the University of California at Berkeley and in doing so made the Bay Area her home. Her work has had much success throughout the area with work exhibited at the San Jose Museum of Art and the Oakland Museum of California. Natalia has had an impact on many communities by teaching art and dedicating her life’s work to building community. She has taught art to youth through nonprofit organizations in the Bay Area and served as the art director at the Mission District’s Boys & Girls Club. She has truly made Oakland her home.

Natalia attended Mercedes High School in Mercedes, Texas and went on to attend The University of Texas at Austin where she earned a BA degree in Studio Art. Anciso then moved to East Oakland and attended California College of the Arts in San Francisco to earn an MFA with an emphasis on Painting and Drawing. Natalia has also received a Master’s in Education from the University of California at Berkeley.

Natalia launched some art shortly after receiving an MFA from California College of the Arts in 2011. From 2011 to 2015 she presented her series Pinches Rinches, which looked at the horrible treatment and killing of Tejanos and Mexicans by the Texan Rangers along the borderlands after the Texas Revolution. Since the series’ groundbreaking appearance her work has continued to be displayed in museums and referenced. Her focus on borderland and Mexican populations allows her to present a political voice and her work continues to call out the powers that be and the injustice done to these populations.