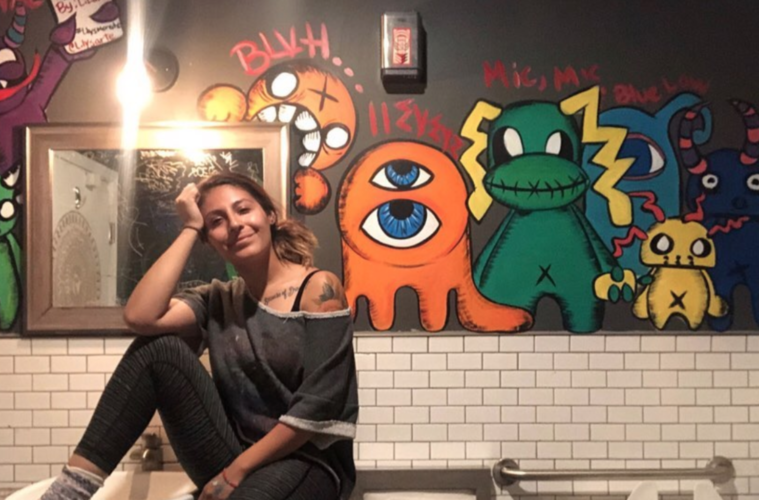 Liliana Herrera was born on June 3, 1993 in Sonora, Mexico. She is a visual artist, face and body painter, art teacher, and model. Her more recent ventures include her face and body painting services at various Oakland events and gallery exhibitions, along with a clothing brand that she launched, Brown Eyezz.

Herrera moved from Sonora to Oakland as a young child and has stayed in Oakland since then. She is motivated to embrace and empower Oakland’s art scene, a motivation that was further inspired by her academic career and access to art programs such as Oakland High School’s Visual Arts & Academics Magnet Program (VAAMP). Her goals are to stay in Oakland and have her own gallery space and/or store front where she can both express herself freely and invite others in to do the same. Herrera also stays because she loves her work as she gets to teach art to others and display her own. Today she continues to brighten the community with her artistic contributions and talents and proudly displays her Oakland pride.

Herrera graduated from Oakland High School, and then attended Laney College, a community college where she graduated with an AA degree in Language Arts. After that, she attended Cal State East Bay and graduated with a BA degree in Studio Art. She has also volunteered at a number of art-focused centers and events since 2009.

Herrera was first artistically inspired around the age of four, when she found ways to express herself through dance such as baile folklórico, though she also experimented with playing the flute and making crafts. After repeatedly visiting a neighbor who painted, Herrera truly became inspired by her life and wanted to be like her. Herrera lost touch with this neighbor after moving but found another inspiring connection soon after that in her after-school art teacher, Joanne Pfeiffer. Herrera says that Pfeiffer became like a grandmother to her and opened her eyes to the world of art, learning a lot at a young age due to her mentoring. While she was also inspired by other teachers later on, another motivation of hers comes from being a first-generation high school and college graduate.