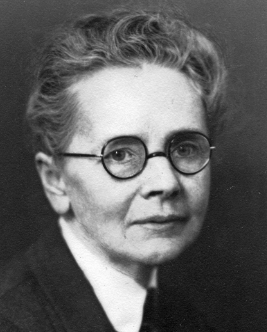 Julia Morgan, born on January 20, 1872 in San Francisco, is one of the most well-known architects. With international experience, Morgan worked for over 40 years in architecture and designed about 700 buildings in California.

Morgan graduated from the University of California, Berkeley with a civil engineering degree in 1894. She pursued architecture privately under architect Bernard Maybeck, a UC Berkeley instructor, who later inspired her to pursue design further. Studying abroad in Paris, she learned the foundations of architecture at École des Beaux-Arts, graduating in 1902.

After she graduated, she returned to San Francisco not only to design homes, buildings, and educational institutions but also to open up her own architectural office in 1904. She was the first woman to obtain an architectural license in California. She pursued designing not only the homes that we live in and visit today but also buildings and strong, monumental pieces such as Mills College’s bell tower that withstood the 1906 San Francisco earthquake. Throughout her over 40 years of architectural work in the SF Bay Area she continued to make a lot of eclectic designs that were also meticulous and logistically planned works.

Morgan’s architectural launch was when she partnered with William Randolph Hearst in 1919 to build the Hearst Castle in San Simeon, California. Implementing a classy, opulent Mediterranean theme to the mansion, she worked on the architectural design and implementation of the project for 28 years, implementing styles characterized by elegant, lavish, and ostentatious aesthetics. Hearst and Morgan built luxurious buildings and gardens throughout this 127-acre estate. Through her meticulous design, she implemented European architecture into the castle, and she has been well-recognized for her careful craftsmanship and the ability to execute outstanding buildings while staying within the budget.

Julia Morgan passed away in 1957 in San Francisco.