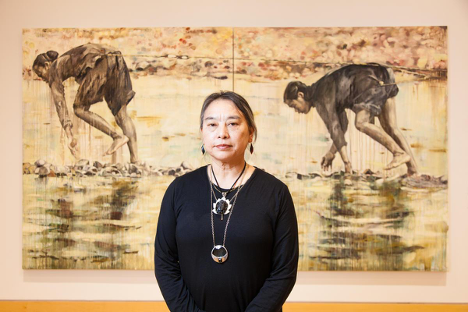 Hung Liu was born on February 17, 1948 in Changchun, China. Hung Liu is a Chinese-American painter who focuses on paintings based on historical Chinese photographs of prostitutes, refugees, street performers, laborers, prisoners, and many more. By incorporating a reflective process into her paintings, she explains the history of the authority that the Chinese culture went through, uncovering the narratives and culture behind the people in her works. By contributing to the exploration of history of China, viewers can see the culture of China through her paintings and manifest it into the present.