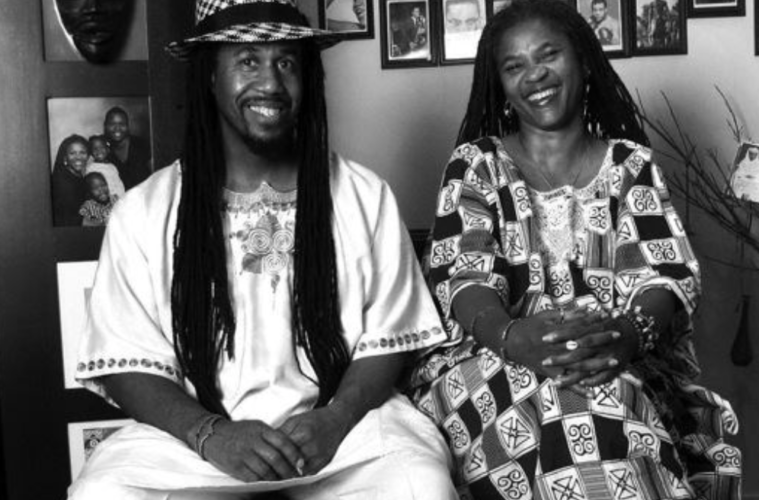 Duane Deterville was born on March 14, 1960. Duane is an artist, writer, and scholar of visual culture primarily interested in African and African diasporic cultural expression. His drawings touch on the intersection of ritual and symbol in African diasporic religions.

Duane Deterville can be traced back to Oakland, going back to the early 2000s. He is deeply rooted in uplifting African and African diasporic youth and adults in his community through projects and his current works. He uses his platform not only to express the history of black art in Oakland, but also to make art an option for those who fell into a system that was not meant for their success.

Duane Deterville received his BFA in Visual and Critical Studies in 2009 at the California College of the Arts in San Francisco and went on to receive his MA. He has dabbled in traveling as he was invited to Festigraff where he became inspired by the murals. While his original purpose was to document murals that he inquired about, Deterville ended up leaving one of his own. Co-founding the Sankofa Cultural Institute in 1998, it provides an ever-expanding cultural network called “Afriscape” of new dialogue, art, research, and cultural expression.

Duane’s launch of art may have been in 1990 when he finished his first silkscreen print of Josephine Baker titled Blue/Green Josephine. This print was made through using the artist’s own hand and fingerprints as the texture of her skin on archival Lennox 100 print paper. Its inspiration was derived from the cover of Ishmael Reed’s Mumbo Jumbo. The artist was “taken by the way that Reed attached his very own personal take on the historical figure of Josephine Baker to the image” and thus followed suit. The print, one of fifteen in its series, is a representation of Josephine Baker with its green and blue accents alluded to by the name.