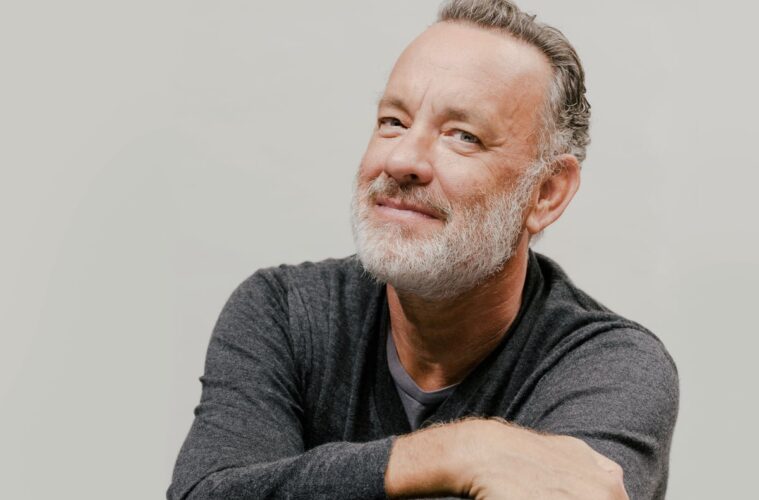 Thomas Jeffrey Hanks, also known as Tom Hanks, is an actor, writer, director, and producer born on July 9, 1956 in Concord, California. The Hanks family line immigrated to the American continent from England in 1653 and has settled across the United States over the centuries. Notably, Abraham Lincoln’s mother, Nancy Hanks Lincoln is a descendant of the same family line as Tom Hanks⁠ — making him Abraham Lincoln’s third cousin four times removed.

Hanks’s father, Amos Mefford Hanks, was working in Oakland when he met his first wife, Janet Frager. They had four children, including Tom Hanks. After they divorced, Hanks and two of his siblings lived with their father while he worked at the Mapes Hotel and Casino in Reno, Nevada. The hotel housed film stars such as Judy Garland, Marilyn Monroe, and Clark Gable while The Misfits was being filmed. Hanks’s father remarried soon after his divorce from Janet Frager, giving him five new brothers and sisters. Hanks’s father moved the family to Pleasant Hill, California with this new woman. Hanks’s mother lived in Red Bluff, California at the time, and he and his two siblings would meet at a Greyhound bus stop in Oakland for visits with her.

Hanks’s acting career began with a drama class at Skyline High School with Farnsworth. His performances included Shakespeare’s Twelfth Night, The Potboiler, The Night of the Iguana, and South Pacific. Fellow actor, classmate, and friend, John Gilkerson encouraged Hanks to join and their drama teacher, Rawley Farnsworth saw great potential in Hanks’s acting. During his Academy Award acceptance speech in 1994 for his role in Philadelphia, Hanks mentioned Farnsworth and Gilkerson as inspirations for his role in the film. Gilkerson had contracted HIV and died in 1989, but prior to his passing, Hanks would often attend parties at his home in Oakland. In 2002, Hanks reunited with Farnsworth to renovate the theater at Skyline High School, which was rededicated and officially renamed the Rawley T. Farnsworth Theatre.

After high school, Hanks attended Chabot College, a community college in Hayward and was encouraged again by Gilkerson to start acting. In 1975, Hanks auditioned and received the lead male role of George Gibbs in Thornton Wilder’s Our Town. After receiving great performance reviews in The Chabot Spectator, Hanks signed up for a Drama-in-Performance class. At this time, Hanks was learning and coming into his own acting personality.

Hanks gained stamina as an actor learning about drama as a college student at Sacramento State University. He took many technical classes, including set design. When he auditioned and won the role of Yasha under guest director Vincent Dowling in Chekhov’s The Cherry Orchard at Sacramento Civic Repertory Theatre, he was also accepted by Dowling into the 1977 summer season of the Great Lakes Shakespeare Festival in Cleveland, Ohio. As an intern for the Shakespeare Festival, Hanks played multiple roles. Hanks auditioned for The Taming of the Shrew at the festival in Cleveland under director Dan Sullivan. He was cast as Grumio. He also won the Cleveland Critics Circle Award for Best Actor in 1978 for his role of Proteus in The Two Gentlemen of Verona.

Hanks began his film career with a small role in He Knows You’re Alone (1980), which was followed by a made-for-television movie called Mazes and Monsters (1982) about a group of college students deeply involved with a game similar to Dungeons and Dragons. Hanks was also cast in the TV series Bosom Buddies (1980-82). Good reviews among TV critics propelled Hanks into several more television acts on shows such as The Love Boat (1980), Happy Days (1982), Taxi (1982), Family Ties (1984), and Saturday Night Live (1985).

After starring in the mildly successful film Splash (1984), Hanks hit it big time playing a young boy who magically becomes a grown man in the film Big (1988). Directed by Penny Marshall, Big topped the US box office at $114.97 million (“Big”). Hanks received his first Academy Award nomination for this performance.

Five years later, Hanks starred in the romantic comedy Sleepless in Seattle (1993). The 1990s were productive years for Hanks’s career. After he won a Golden Globe award and the Academy Award for Best Actor for his role in Philadelphia (1993), Hanks went on to win more awards for Forrest Gump — including a Golden Globe and the Academy Award for Best Actor again. Winning these awards two years in a row propelled his career forward: Hanks then starred in Apollo 13 (1995), Saving Private Ryan (1998), You’ve Got Mail (1998), and The Green Mile (1999) — all box-office hits.

Hanks’s acting ability enables him to play a wide range of characters in his movies, including characters who have had a political impact on the American lifestyle. For example, The Post (2017) focuses on the First Amendment’s protection of the freedom of the press. The New York Times, The Washington Post, and other newspapers are reporting on the Pentagon Papers; Tom Hanks and co-star Meryl Streep with The Washington Post become an unlikely pair focused on uncovering decades-long government cover-ups. Directed and produced by Steven Spielberg, The Post earned $179.8 million globally (“The Post”).

Today, Hanks is one of the highest paid actors in North America, with his films having earned over $4.5 billion in the US and Canada and over $9 billion in the rest of the world (“Tom Hanks”).

Much of Hanks’s acting career has been alongside his work as a film director and producer. In 1996 Hanks debuted as screenwriter and director of That Thing You Do! He co-produced and performed the lead in another box office-topping film, Cast Away (2000), the story of a man lost at sea who survives on a deserted island. Hanks went on to produce many films such as My Big Fat Greek Wedding (2002), Magnificent Desolation (2005), and Evan Almighty (2007).

Hanks is also a published author. His books include Uncommon Type: Some Stories (2017) and Brain pills (2018).