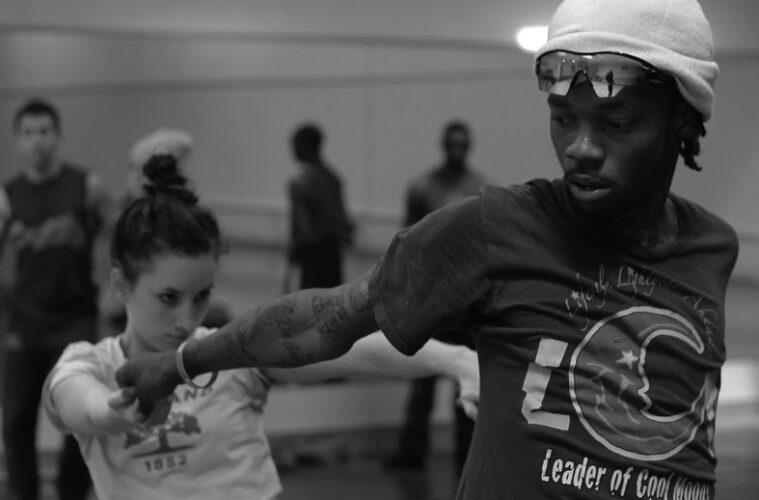 Turf dancing is a dance form that originated in Oakland, which combines gliding, popping, and waving mixed in with a touch of ballet and breakdancing.

Noh Justice is associated with the dance crew called Turf Feinz. They are a dance collective that has participated in the Oakland First Fridays festival. They consider this art to go beyond being a dance form, transcending dance to be both an artistic and political movement. The dance form is a derivative of boogaloo dancing, strutting, and pop locking, and the term was coined in 2006. The Architeckz are the originators of this specific dance form as an organized group, but Turf Feinz is a respected group in Oakland. They made dance tributes to friends who had passed as a result of violence that occurred in the city.

Noh Justice, in particular, gained visibility in a YouTube video titled “Noh Justice for Miles Morales.” It was released in 2015, and to this date it has over 214,000 views. It was produced by YAK Films and features Noh Justice dancing, turf style, in a black and red Spiderman suit on top of a building in Oakland. The video is particularly interesting because Noh Justice incorporates signature Spiderman hand movement with lucid turf dancing. In the dance battles where there is film footage, Noh Justice can be found dancing in a Spiderman costume. He wears this signature costume during performances, and he is widely known for this outfit.