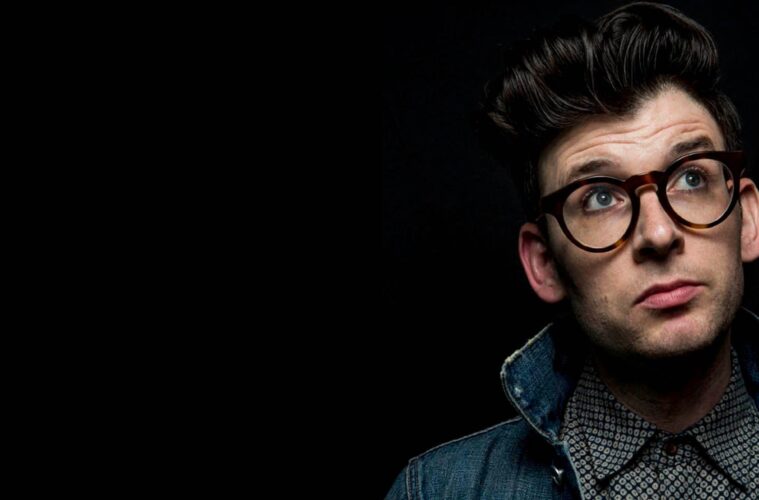 Moshe Kasher is a comedian who was born on July 6, 1979. Soon after his birth in Queens to Jewish and deaf parents, Moshe Kasher’s mother whisked him and his older brother away from their abusive father to Oakland under the guise of a vacation. They moved in with his grandmother, who had similarly left her own husband. Kasher went on to spend his formative years in Oakland and often references his hometown experiences in his comedy.

Being deaf, Kasher’s mother struggled — a stressor that informed Moshe’s character: he was notoriously difficult as a child. Police officers came to know him by name, as he knew theirs. His personality troubled his mother so intensely that she began sending him to therapy when he was only four years old. As a thirteen-year-old, he attended four different types of therapy eight times a week at the UCSF Center of Deafness: individual therapy, behavioral counseling, group therapy, and family therapy.

By the age of twelve, Kasher found himself addicted to cigarettes and cannabis and consistently took acid at thirteen. He failed middle school while using drugs to escape an all-consuming existential crisis. Self-described as one of the only white kids in Oakland public schools, Kasher cites his racially, socially, and culturally diverse peer group as an influence on his work. Many of those who became his friends were fellow rule-breakers and addicts. Kasher spent a considerable amount of time at the Rockridge BART station, often smoking and drinking near there with friends. Eventually, he began stealing things from his home so that he could afford drugs.

Selling CDs that he had stolen from his mother’s boyfriend to Amoeba Records in Berkeley to afford drugs was on the laundry list of reasons that she sent him to the Ross Hospital teenage psychiatric lockdown hospital. A short while later, he was released and sent to an outpatient program at the New Bridge Foundation’s rehabilitation facility in Berkeley. Later, Kasher was sent to the Seneca Center for the Severely Emotionally Disturbed Youngster and also the Walnut Creek Kaiser rehabilitation facility, which expelled him from their program. Finally, he attended the Kaiser Adolescent Chemical Dependency Program.

At sixteen, after three separate rehabilitation facilities, a psychiatric hospital, and more than ten years of therapy, Kasher sobered up. He writes, “I knew. That day, I knew. Why that day was any different, I don’t know. There comes a time. The pain of existence transcends the fear of change. There comes a time” (Kasher in the Rye 386).

Shortly thereafter, Kasher transferred to “another non-public school designed for people for whom every other educational modality had failed” (476) called the Spraings Academy and earned his GED. Having finally chosen sobriety, he flourished here rather than pushing back against authority figures. Kasher went on to become a sign-language interpreter, went to community college, entertained the idea of becoming a religious studies professor, and ultimately graduated from UC Santa Barbara, majoring in Religious Studies and minoring in Jewish Studies.

Kasher found inspiration for his career watching his childhood friend Chelsea Peretti pursuing standup. He began performing his own acts around the Bay Area. In his Hound Tall discussion series podcast, Moshe says of comedy:

In 2009, he released a comedy album, Everyone You Know Is Going to Die, and Then You Are!, which iTunes dubbed one of the best 20 comedy albums of the year. Three years later, his career exploded. In 2012, his first film, The Coexist Comedy Tour was released. The film is shot documentary-style with individuals from the major religions representing their religious backgrounds through a stand-up routine. The same year, Kasher’s first Netflix special, Moshe Kasher: Live in Oakland was released. His book, Kasher in the Rye: The True Tale of a White Boy from Oakland Who Became a Drug Addict, Criminal, Mental Patient, and Then Turned 16 was released two months later. He told The New York Jewish Week that the “book [isn’t] about dealing with the agonies of a troubled life. . . .It’s about dealing with the absurdity of it all” (Herschthal). With these releases, Kasher earned his reputation for not shying away from controversial topics such as sex and religion and has received lots of resulting criticism. In response, Kasher is often first to openly admit his faults with endearing self-deprecation.

Following the success of his Netflix special and book, Kasher began appearing more regularly on shows such as Laugh Factory and Chelsea Lately. He began a podcast called the Hound Tall discussion series in 2014. The same year, he appeared on Brooklyn Nine-Nine, which stars his friend Chelsea Peretti and had made a cameo on her Netflix special One of the Greats. In 2015, he began writing for Another Period, which stars his wife, Natasha Leggero. He guest-starred on Transparent, Portlandia, and Zoolander 2. In 2017, he was granted one season of a show on Comedy Central: Problematic. As a premise for the talk show, Kasher invited experts to dive into controversial topics such as the alt-right, cultural appropriation, and Islamophobia. He does not interrupt or talk over his guests during an episode; he simply invites them onto the show and asks a few questions, making space for the people in marginalized groups to be heard.

In mid-April 2018, Kasher and Natasha Leggero released a three-part “Honeymoon Standup Special” on Netflix. It’s the first of its kind: Leggero (who is in her third trimester of pregnancy) performs, then Kasher, and then he reintroduces her, and they joke together and roast a few couples they’ve invited to the stage.

—. Kasher in the Rye: The True Tale of a White Boy from Oakland Who Became a Drug Addict, Criminal, Mental Patient, and Then Turned 16. New York, Grand Central Publishing, 2012.