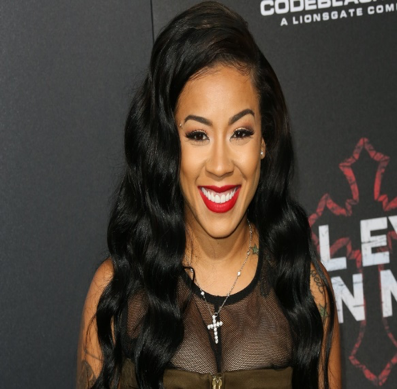 An Oakland native, Keyshia Cole’s story is often highlighted as a journey from tragedy to triumph. Born in 1981 as Keyshia Johnson, she was placed in foster care until she was adopted by family friends, the Coles. Keyshia’s last name was officially changed after the adoption became finalized. Her biological mother, Frankie Lons struggled with substance abuse throughout her life.

Regardless of Cole’s humble beginnings, she is known for her extremely strong vocals and earned four Grammy nominations. Cole’s musical career started at age 12 when she began singing back up for another Oakland legend, MC Hammer. After becoming close friends with another beloved Bay Area icon Tupac Shakur, Keyshia Cole’s musical future seemed destined. However, as she waited in Suge Knight’s house, Tupac Shakur was gunned down and died six days later.

After the death of Tupac Shakur, Cole became a participant at the East Oakland Youth Development Center (EOYDC). It would be another two years before she would move to LA to pursue her music career. Her passion was realized within three months after she was introduced to Ron Fair, A&R at A&M Records. During this period, she worked with other Bay Area natives: Messy Marv and D’Wayne Wiggins (Tony! Toni! Toné!).

Cole’s first album, The Way It Is went RIAA-certified platinum. Her fourth single on the album and one of my favorite songs, “Love” was #19 on the Billboard music charts. Subsequently, Keyshia Cole released six studio albums. Her music is often described as empowerment, heartache, and reflection and a mix of R&B and hip-hop strength. Other than doing music, Cole also starred in a reality show following her family, including her relationship with her mom, Dr. Yvonne Cole and biological mother, Frankie Lons.

In 2008, Oakland proclaimed August 8 as Keyshia Cole Day. Every year on that day, Keyshia holds a free community event, which included live performances and kid-friendly activities such as a petting zoo for East Oakland residents in 2012.