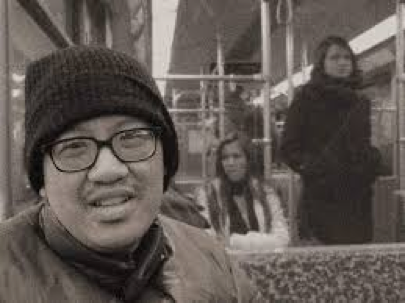 Shiga has been a huge part of the comics scene in Oakland. Through publishing, he has impacted the rise of comics in the Bay Area. Being Asian-American, Shiga makes it a point to create comics that increase Asian representation. In a recent interview with Shiga, he emphasized the importance of telling Asian narratives as someone who identifies with this community. His comics speak about topics including depression and family dynamics and growing up in the Oakland community while exploring the intersectionality of Asian-American culture.

Shiga graduated with a mathematics degree from UC Berkeley. He attended an arts magnet school from kindergarten till ninth grade. After graduating from college, he started meeting with other local cartoonists and began hosting drawing nights at his house. He called these events Art Night. These nights consisted of workshopping and critiquing each other’s work. Other famous comic artists, such as Gene Luen Yang and Derik Kirk Kim would organize these work spaces. For a while as a bachelor, Shiga worked at the Oakland Public Library and occasionally created comics for a newspaper called Youth Outlook and even had an original strip published in the Examiner. After he connected with Dylan Williams, founder of Sparkplug publishing, he started to become a famous indie cartoonist.

The year everything changed was in 2008 when Shiga started to sign to publishing companies. He had been an amateur for about 10 years. He wanted to become a professional, to move out of the amateur sphere and spearhead his career. Larger publishers were starting to notice that comics were selling really well. His first book advance was for a choose-your-own adventure children’s book. His early works Fleep and Double Happiness were a success.