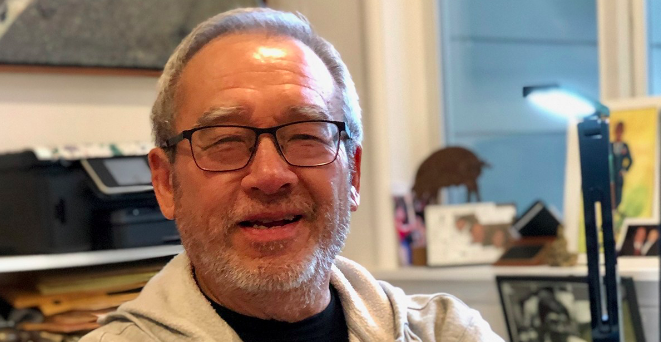 William Wong was born in Oakland, California and lived in the East Bay until he left to join the Peace Corps in the mid-1960s. He returned to San Francisco eventually as a staff writer for the Wall Street Journal. But he “ached to get closer to … [his] community—both geographic and ethnic” (Wong, YellowJournalist.com) and landed a job at the Oakland Tribune. The Tribune Tower casts a shadow on his native Oakland Chinatown where he lived until age 7 with his 6 older sisters. His parents, both Chinese immigrants, settled in Oakland and ran The Great China restaurant.

William Wong attended Oakland public schools, UC Berkeley, and Columbia University’s Graduate School of Journalism. Wong was a Peace Corps volunteer in the Philippines in the mid-1960s, a Jefferson Fellow in 1983, and a National Press Foundation Fellow in 1998. He has traveled extensively throughout Asia, Europe, and South Africa.

William’s start to writing as a journalist came in high school when he was not asked back to the next basketball tryout, and he turned to writing about sports for his high school’s paper. Because he would spend hours listening to UC Berkeley football games on the family radio, he was well-versed in the language used in sports reporting. He then went on to write for the Daily Californian, UC Berkeley’s paper, where he eventually climbed to managing editor.

His career as a journalist officially started just out of college, when he took a summer job reporting for the San Francisco Chronicle. Wong said about this job: “A veteran reporter told me at the time that I broke a color line, becoming the first Chinese American reporter on a daily newspaper in the city with the largest ethnic Chinese community in the United States” (YellowJournalist.com). Here his career began.