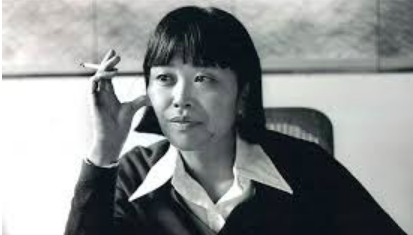 Wendy was born in the Manzanar Japanese Internment Camp in 1943. After their release, her family moved to Japan and then returned to the United States in 1956, whereupon Wendy was assigned to second grade as a thirteen-year-old. But she gained fluency in English and graduated from high school. She went on to attend the California College of Arts and Crafts in Oakland, which is now the California College of the Arts, in 1965 and worked briefly as a commercial artist.

Wendy was exposed to art at a young age, breaking barriers and resisting the government to fight for what she knew, in her mind, was right. “Wendy had won an award in high school for a painting — her parents sent her to the College of Arts and Crafts. She later lived in a woman artists’ collective, freelanced for an advertising firm and gained a reputation for her feminist and antiwar posters” (Armstrong). As she began her career, she started to experiment with watercolors, which eventually led to her teaching at the California College of Arts and Crafts.

Wendy is more infamously known for her involvement in the left-wing Symbionese Liberation Army (SLA), which kidnapped heiress Patricia Hearst in 1974. In a trial funded in part by Japanese Americans who sympathized with her internment, Wendy was convicted of explosives and weapons charges and served a half-year jail sentence.

After these legal troubles, Wendy made a promise to give back to the community and tell her story. Wendy wanted to be known for more than being a fugitive; she wanted her supporters to get a sense of who she is and what she represents through her artistic expression.