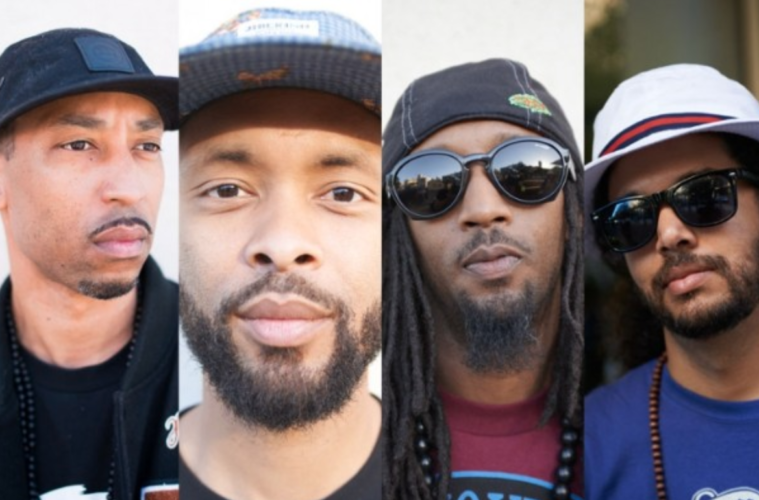 Souls of Mischief is a hip-hop group from Oakland, California that is also part of the hip-hop collective Hieroglyphics. Souls of Mischief’s most famous track “93 ‘til Infinity” is considered a classic that has remained popular for 20-plus years. This track resonates with the older crowd all the way down to teenagers that can recite the track word for word.

All four have obtained a high school education and diploma. While still in high school the members of the group were still honing their skills in the hip-hop scene when they were signed to Jive Records with their well-received album 93 ‘til Infinity. None of the members have had formal training on the recording equipment, they had natural talent with making beats up in their heads and putting it all on tracks. Because of their dope lyrics, beats, and fashion style artists such as Kanye West, Just Blaze, Vampire Weekend, and John Mayer gave them props and kudos. Other producers such as P-Diddy and Big Sean even sampled some of their material on their tracks. Besides having a major impact on music, Souls of Mischief was one of the first groups to have a major impact on skate, surf, and snowboard culture as well.

Souls of Mischief’s career took off in Oakland during their high school years. 1993 was the year their careers producing hip-hop took off. The group has been around for 27 years and still manages to be relevant to the hip-hop scene. Some of the members have been friends since elementary school in Oakland. Tajai and A-Plus both began rapping at the age of 8 in hopes of being in a hip-hop group and producing a dope hip-hop album. Phesto met Tajai in junior high school. The group informally formed in high school before making its major-label debut on Jive Records with its first album 93 ‘til Infinity.