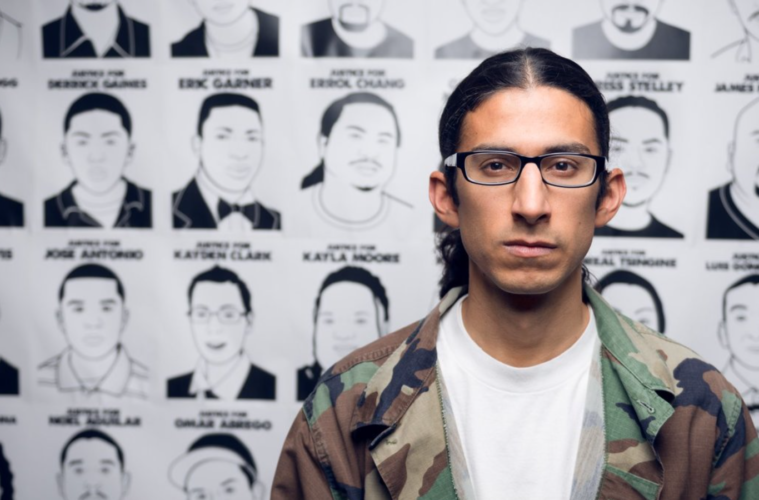 Oree Originol was born on September 11, 1984 in Los Angeles, CA. Oree was inspired by gang culture in his neighborhood. He began gaining popularity as a “tagger” in Northeast Los Angeles and then started to branch out into other mediums. He does work that centers on black and brown people that have been killed by law enforcement.

Oree Originol’s art is centered around promoting justice for those who have been killed by police brutality. His work varies from street art to gallery art. The recent movement Black Lives Matter has inspired his digital portrait series Justice For Our Lives and the portraits have supported the families of loved ones that were killed by police brutality and are still seeking justice. Justice For Our Lives has been exhibited in the Take This Hammer group exhibition at the Yerba Buena Center for the Arts, was featured in a cover story for the SF Examiner, recognized as an East Bay Express Best of the East Bay 2016 winner, and was featured in a KQED Arts mini feature. Oree’s artwork has been a part of social justice movements, rallies, and classrooms, and his art connects with various audiences. He continues to develop his art and activism and share his work in the Bay Area and beyond.

In 2009 Oree Originol moved to the Bay Area to be a part of galleries, begin his activist work, and connect with other local Bay Area artists to develop an art career. He did work in collaboration with artist Favianna Rodriguez who is connected with the artist network CultureStrike. Oree began to get involved in social justice art projects and dedicated himself to creating a series called Justice For Our Lives.