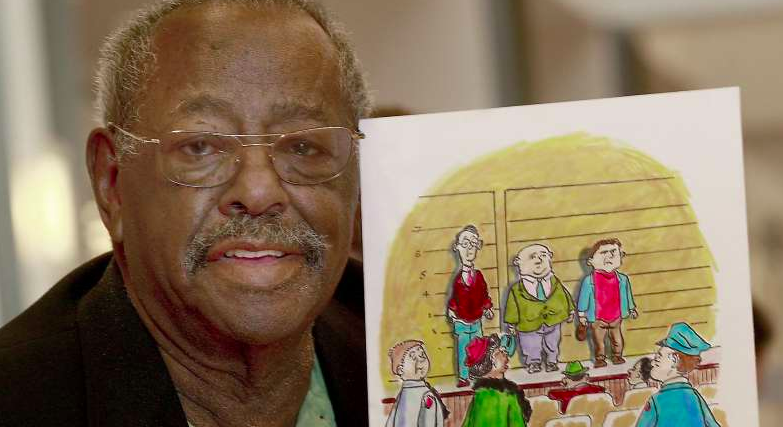 Morrie Turner was an American cartoonist famous for creating Wee Pals, a popular nationally syndicated comic strip that featured an integrated cast of ethnically diverse characters — the first of its kind at the time of its release in 1965.

Turner was born and raised in Oakland, California. He started attending McClymonds High School but graduated from Berkeley High School in June 1942. Turner was the youngest child of four to a father who worked as a Pullman porter and a mother who was a nurse and homemaker. While Turner never had any formal artistic training, he began drawing caricatures at a young age and expanded his repertoire to include cartoons during high school. From the 1950s to the early 1960s, Turner worked as a clerk for the Oakland Police Department while he created cartoons on the side. Turner lived in the same house that his father had purchased back in 1945 and passed away on January 25, 2014.

Turner’s career started to take off after the assassination of Dr. Martin Luther King Jr. when over 100 newspapers were featuring Wee Pals. In addition to his philanthropic work in the US, Turner also traveled to Vietnam where he spent a month drawing caricatures of service people during the Vietnam War.

After expressing concern about the lack of minorities in comic strips, Turner created Dinky Fellas, a comic strip that featured an all-black cast. Due to its unpopularity, Dinky Fellas evolved into Wee Pals, which subsequently became an animated television series called Kid Power. Turner later became co-chairman of the White House Conference on Children and Youth, launched summer art exhibitions at the East Oakland Youth Development Center, and appeared in the television series Mister Rogers’ Neighborhood.

Most of his early work was created outside of his childhood neighborhood in Oakland. Some of his early work can be found in issues of Stars and Stripes, an American military newspaper, when he served as a mechanic for the Tuskegee Airmen during WWII.