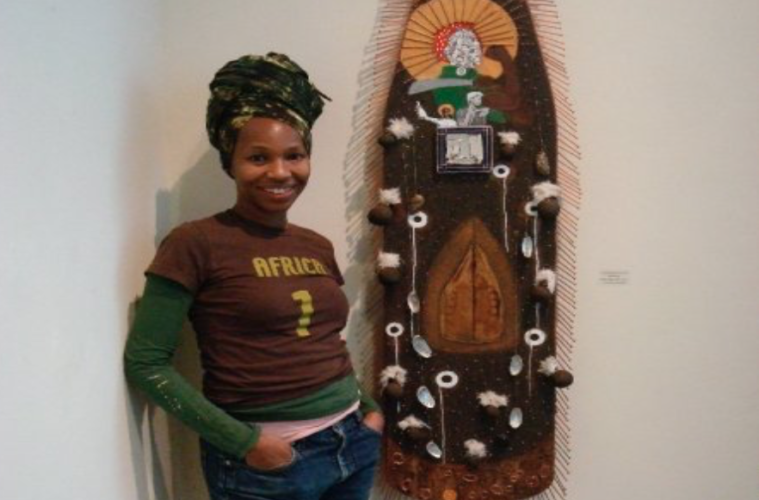 Karen Seneferu was born on August 6, 1960 in Oakland, California. As a child in Oakland she took part in the Black Panther’s free breakfast program. Having been surrounded by people in a place that centered around revolutionary politics, the importance of love, and cultural pride, her work centers around the experiences of those from the African diaspora. Seneferu earned her BA in English from the University of California at Berkeley, and then started teaching English at colleges in the Bay Area.

As a self-taught artist she continuously cultivates her practice in various mediums: sculpture, performance, objects, and multimedia. As a curator she creates an immersive experience for viewers to engage with her work, and even allowing herself to be a part of the art. Her husband Malik Seneferu, who is also a well-known artist in Oakland, has inspired her work. She has dedicated herself to being an educator and artivist, creating spaces for black women to come together and celebrate their divinity. Seneferu’s vision is very informative with thought-provoking imagery and ideas.

She was offered a solo show at the African American Art & Culture Complex in San Francisco, but the idea was eventually transformed into The Black Woman is God, a group art show that highlights various black female artists in the Bay Area. Her first solo exhibition The Heir Done Pulled was seven years in the making. She defines her work as an Afrofuturistic aesthetic that joins technology with spirituality.