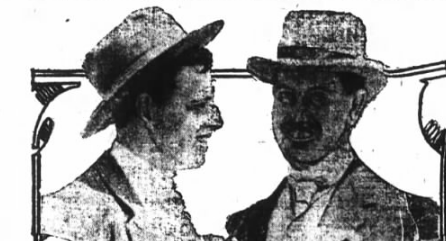 Harold Padeo (a.k.a. Harold Padio, Harold Patio, and Albert Paddio) was a jazz pioneer and valve trombonist during the Ragtime era. Jelly Roll Morton was recorded saying that he could “snake through” syncopated jazz made popular by American musicians.

Padeo traveled to California by way of New Orleans, Louisiana in 1908. At that time, the West was a land of opportunity for African-Americans from the South. They came to California to get away from social demoralization and to gain upward mobility with access to jobs on the railroad and in the shipyards.

He may have traveled to Vancouver, Canada in 1920 after residing in Oakland. He played with music legends such as Jelly Roll Morton. He was a very talented musician according to legend.

Padeo was one of the original members of the Creole Band, which was later named the Original Creole Orchestra, touring with band leader William Johnson up in the Pacific Northwest in Seattle and Vancouver.