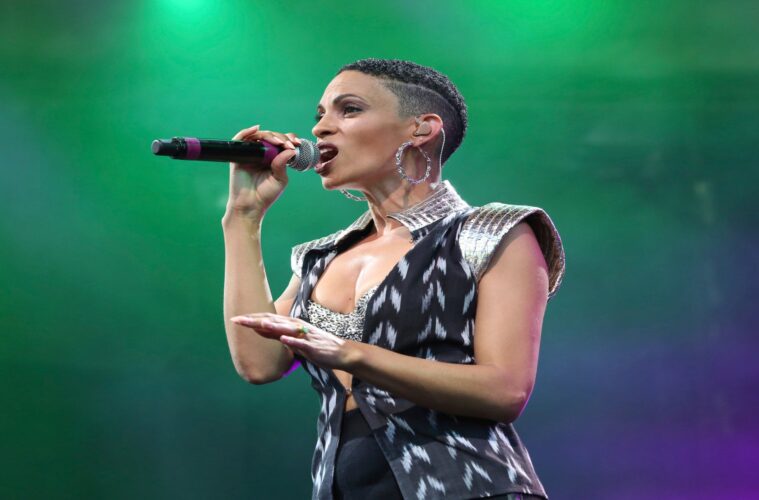 Goapele was born on July 11, 1977 in Oakland, California. Hailed as an original and mesmerizing voice in the new soul genre, singer Goapele has gained national attention since the release of an expanded version of her debut album, Even Closer in 2002.

Goapele is the daughter of a South African father and an Israeli-Jewish mother born in New York City who had met and married in Kenya. Her name, which she uses without her last name, means “to move forward” in Setswana, one of the languages spoken in her father’s homeland. Growing up in the San Francisco Bay Area, Goapele and her brother inherited their parents’ commitment to political activism.

After graduating from high school, during which she had sung in the Oakland Youth Choir and a music group called Vocal Motion, she studied music theory at the Berklee College of Music in Boston. It was there that she honed her singing and songwriting skills, before going on to self-release her debut album, Closer in 2001. After releasing two other albums, and then going on a five-year-long hiatus, she released her fourth album Break of Dawn on Skyblaze/Decon Records in October 2011.

Goapele displays every side of her voice on the 2017 Dreamseeker EP [EMPIRE].  In one breath, she’s urging social change and boldly standing up for righteousness in the face of inequality. In the next, she’s guiding her child with a sensitive understanding, hard-earned wisdom, and unconditional love. In between, she’s as seductive and soulful as ever seamlessly slipping from activist, mother, and poet to temptress. This delicate sonic shape-shifting is a technique she introduced on her now classic 2001 debut Closer, but she hones it to perfection on Dreamseeker. (“Biography”)