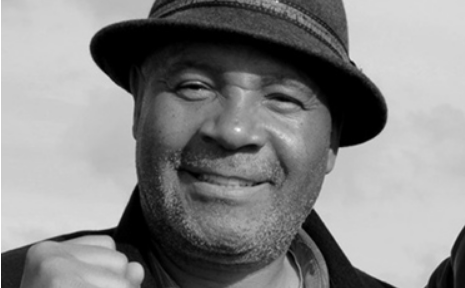 Emory Douglas was born in Grand Rapids, Michigan in 1943 and grew up in the San Francisco Bay Area. He served as the Minister of Culture for the Black Panther Party from 1967 to 1980.

In early 1967 Douglas joined the Panthers and began going on police-watching patrols in Oakland, where he met many of the people in the community who would later be the inspiration for and the subject of his work. Douglas is most noted for his political drawings and cartoons in the Black Panther, the Party’s newspaper, depicting the police as pigs and a black proletariat armed for self-defense. The abuse that black people face when dealing with the police has always been a problem, and he expressed his people’s pain and also power in posters.

Douglas took classes on basic print and graphic design at the Youth Training School, a youth correctional facility in Ontario, California where he was sent to at age 15. After his release from the facility in 1960, Douglas would eventually continue his artistic training at City College of San Francisco by taking courses on commercial art where he gained valuable experience with graphic design techniques, print publication, and art criticism. In early 1967 he became involved with the Black Arts Movement at San Francisco State University as a set designer.

In 1967, Douglas became the Minister of Culture and also the Revolutionary Artist for the Black Panther Party. He redesigned the Black Panther, making the switch to web press printing, which allowed for the use of graphics and printing in color. He used the back page and most of the front page of the newspaper for graphics and collages that aligned with the message of the Black Panther Party. Here he developed iconic images, including the depiction of the police as pigs. His graphics also featured “pigs” that were bloodied or hanged to protest police brutality against African-Americans.