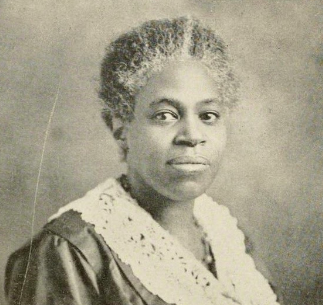 Delilah Leontium Beasley, born on September 9, 1867 in Cincinnati, Ohio, was a scholar, a pioneer, and a powerhouse. She was a devout Roman Catholic with a strong sense of purpose in spite of her challenges both physically and financially. Even with the odds stacked against her she was incredibly productive both as a historian and changemaker. She was a vanguard: a writer, a speaker, and an activist. She had a unique approach of using rhetoric to counteract hateful, racist rhetoric through praising progress in race relations. She was also a physical therapist, nurse, and masseuse.

Beasley left Ohio to take a job as a nurse in Oakland in 1910 at the age of 39. In 1925, Beasley became the first black woman to be a columnist for the Oakland Tribune. As a Tribune writer, Beasley had a radical impact on racial reform in Oakland. Her column was called Activities Among Negroes. She used her position and this platform to influence the way that the black community was both perceived and discussed. She was building positive race relations by every means possible. She once wrote in her column that “Oakland is one of the greatest cities in America today in regard to race relations.” Beasley lived in Oakland until her death in 1934.

Beasley’s father was well-educated. She attended black public schools in Cincinnati but had to abandon her formal education to support herself when both of her parents died. Having expressed interest from a very young age, she studied journalism under the guidance of Daniel Rudd, a well-known newspaper publisher in Cincinnati. After moving to Oakland, she attended history lectures and researched at UC Berkeley. Her interest in history led her to write articles documenting the history of California’s black population. She became an expert in archival research, tracking down diaries and personal papers and even conducting oral histories with older black residents. She struggled with grammar and commonly had her pieces edited before publication.

Her career writing for newspapers started at the age of 12 where she wrote briefly about church and social activities in Cincinnati for the Cleveland Gazette. Three years later, she published her first column called Mosaics in the Sunday edition of the Cincinnati Enquirer. If she had continued to work as a physical therapist, she would have afforded a comfortable middle-class life, but she insisted on devoting her life to her activism. She would travel at her own expense to be able to report on important events within the black community.

William Knowland, a California politician and an assistant publisher for the Tribune, convinced Beasley to write for the Tribune. It was at Beasley’s urging that Assemblyman William Knowland and Assemblyman Frederick M. Roberts introduced an anti-lynching bill, which passed unanimously in both houses of the California Legislature. The Tribune was a platform of influence at the time. Her position enhanced her self-esteem and pride. It was a place for Beasley to do what she believed to be God’s work.  She wrote her column until her death in 1934.