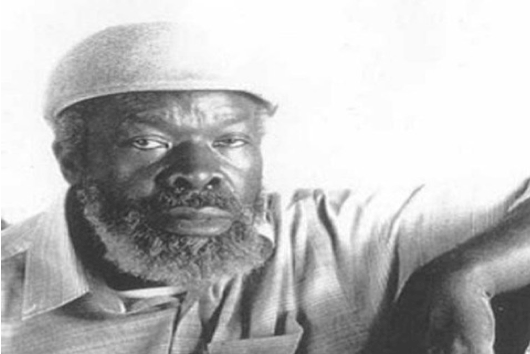 Casper Banjo was considered disabled, black, and gifted. Born in Memphis, TN, Banjo often faced racism growing up in the forties and fifties, which was one of the inspirations for using a brick wall in the background in his artwork. Casper Banjo would eventually make the SF Bay Area, or, more specifically, Oakland his home until his sudden death in 2008.

He went on to have his artwork featured in various publications, such as Black Artists on Art, Vol. 2 and The International Review of African American Art, Vol. 17.

Later in life, Banjo put together works to exhibit in shows in Oakland. He taught homeless artists printmaking, contributed his artwork to the Street Sheet, and installed the annual art auctions for the San Francisco Coalition on Homelessness. Also, he assisted the Black Filmmakers Hall of Fame with creating prints. Other than lending his expertise to social justice causes, he contributed to the book Black Artists in Oakland, in which he was featured as an artist.

Unfortunately, Casper Banjo was shot dead by the Oakland Police Department on March 14, 2008. The seventy-year-old, a long-time Oakland resident, was around the corner from his subsidized apartment in East Oakland and was some weeks short of moving to a board and care facility.

“His master’s level of beauty and clarity is evident in an intricate, haunting 2004 print titled ‘Life and Death.’ ’’ (Woodall).